Having made the trip to Indonesia, Managing Director of PAT – Patrick Salloch felt honoured, “I am happy to see that Ross Video has acknowledged our efforts with these awards. This being said, I think there is still huge potential to grow the Ross Video market share within Australia and New Zealand and my team and I are highly committed to further improve Ross’s market share in the next 12 months. Ross Video are a fantastic company to work with, their product range leaves the competition behind in various market segments and the support from the local Ross team is second to none.”

Ross Video’s Oceania Sales Director – Amanda Leighton added, “We work very closely with all of our business partners in the region and this year we felt that PAT’s commitment and persistence to provide Ross Video solutions, and support our go-to-market strategy, was outstanding. PAT’s progressive and highly skilled engineering sales approach has made for a fantastic partnership between our companies and we are looking forward to our close cooperation with the PAT team in the future.”

Ross Video have recently opened their Oceania office and training centre in Sydney to provide even better training and support to their end users and business partners. The Ross Video awards bring the number of awards PAT has received in the last 6 months to a total of five, including LAWO ‘Distributor of the Year 2015’ and the Bel Digital ‘Distributor of the Year 2016’

Awards received at IBC in September. 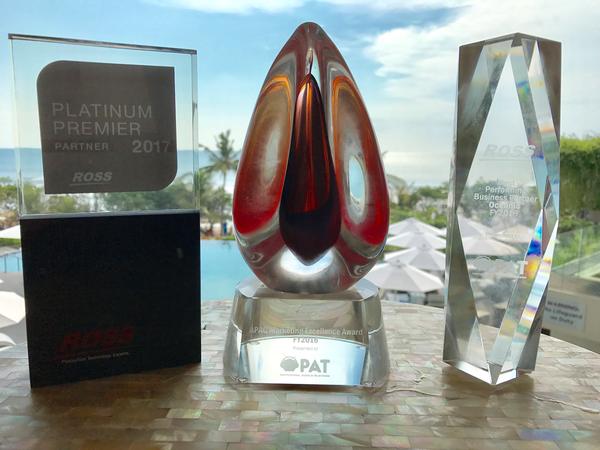 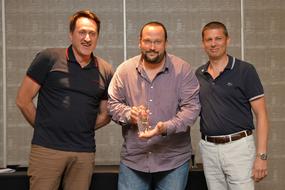