Having devised its Vision Capture Project to move beyond established broadcast workflows and OB in 2017, the New Zealand Racing Board (NZRB) recently called on solutions from German broadcast innovator Lawo to further revise and streamline its production model.

In 2017, and with OB trucks that were close on a decade of very hard use, the NZRB faced 1,100 OB days racing across the country each year – the number of events and variety of scale bringing into question its previous production standards and raising the opportunity of mixed OB and Remote Production.

Following moving to an IP Layer 3 network, Phase 2 of the project saw the NZRB team work with Sony on four HD-capable and scalable OB trucks to cover its existing and very demanding nationwide OB workflow. As part of this design the NZRB team identified VSM as integral to achieving the same flexibility and scalability as seen in the Remote Production model, allowing the shared use of ‘Expansion’ vehicles to seamlessly enhance capability such as extra workspaces and camera count.

VSM provides operators with overarching control over their systems in an extremely adaptable way – user panels and interfaces can be configured without limitation in order to meet the requirements of different workflows and applications, with the whole system under redundant control.

“One of the key selling points of VSM was the portfolio of support and compatibility for third-party protocols, in addition to Lawo’s own products with Ember+. This was key given the wide range of products used in the design of the HD OBs, without compromising on capability,” says NZRB Broadcast Engineer, Michael Tompkins.

As Lawo regional representative, Professional Audio & Television (PAT) was instrumental in the successful application of the advanced technology underlying the migration.

“Initially, we had several whiteboard sessions that gave us confidence we had a solid idea that could work,” says NZRB’s Vision Capture Project SME, Jamie Annan. “PAT had the knowledge and expertise to assist in design, configure and troubleshoot a system using the equipment they sold, rather than being there just to sell a product.”

Using the 1Gbps Layer 3 network between remote site and control room, and 10Gbps Layer 3 between control rooms, the new model uses a mix of J2K, SMPTE 2022-6, and AES67/Ravenna to provide video and audio between each layer of production under a VSM control system run from two separate locations, ensuring geographical redundancy.

The OB design had to maintain the NZRB’s ability to cover the full extent of its racing, but be physically smaller in size, while also providing greater cost efficiencies across the production. Internally, the trucks had to provide cost-efficient yet scalable industry-standard capabilities – requiring VSM to provide integrated control of switchers, routers and a replay server as well as the connecting network. The basic daily OB setup for a truck covers running up to ten system cameras, with capacity for 12 and other SDI, Commentary, Presentation area and roaming interviews, on a typical day internal crew is Director/Vision switcher, Sound Op, Replay op, Engineer and a Vision Control op – all operating from within the truck.

VSM supports all of these requirements, with the capacity to adapt to any future changes or expansion of the NZRB broadcast operation. 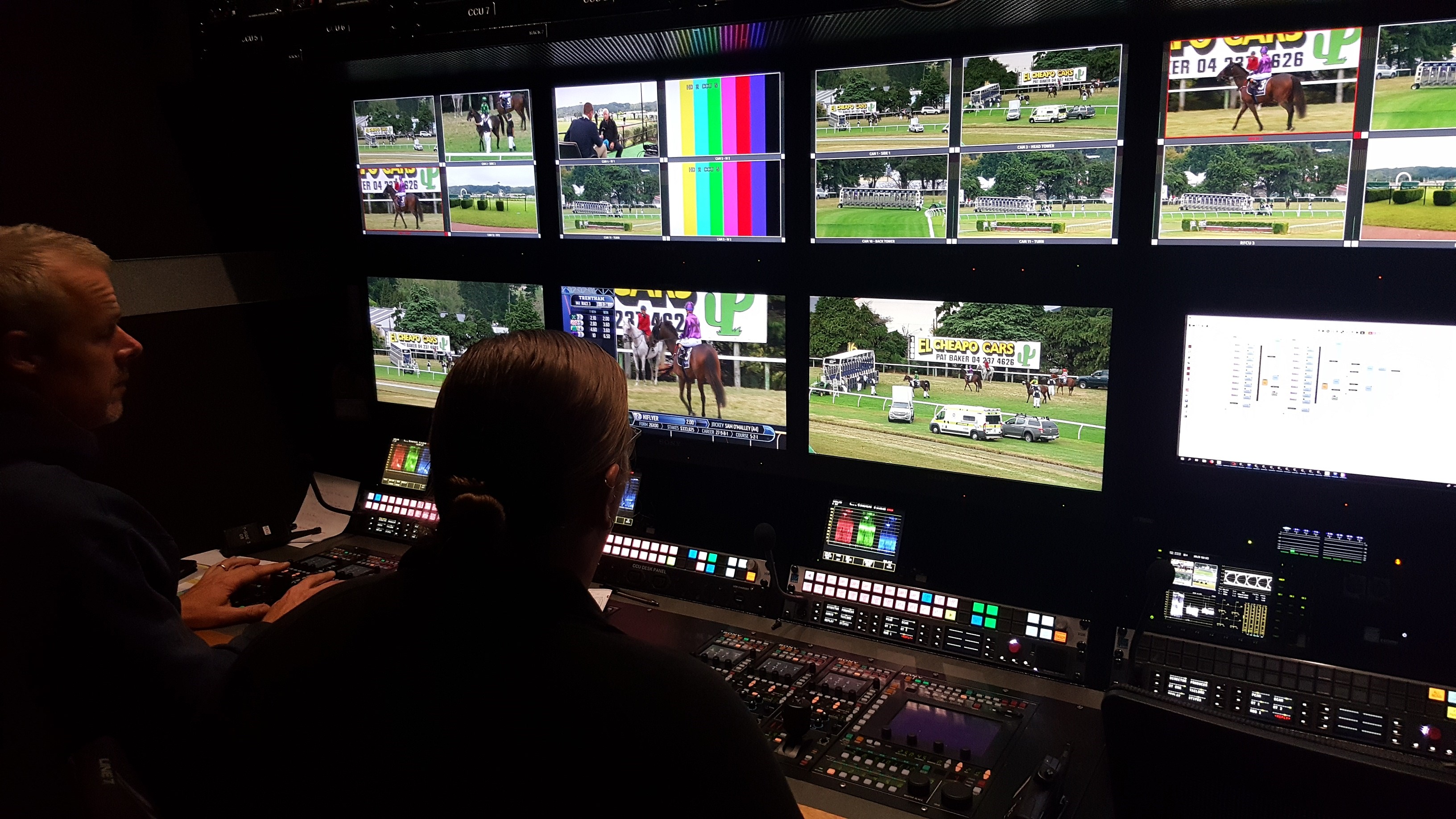 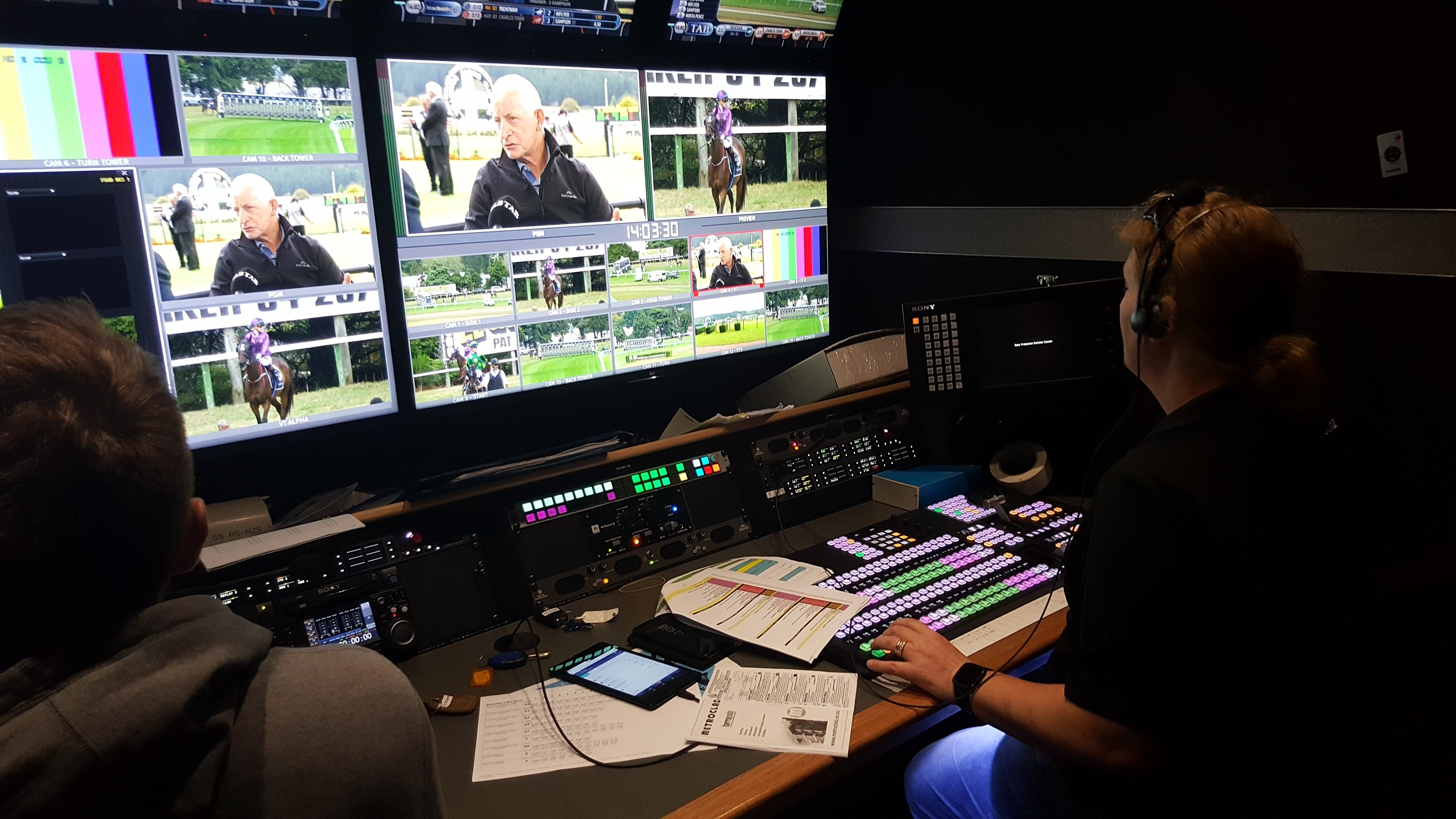 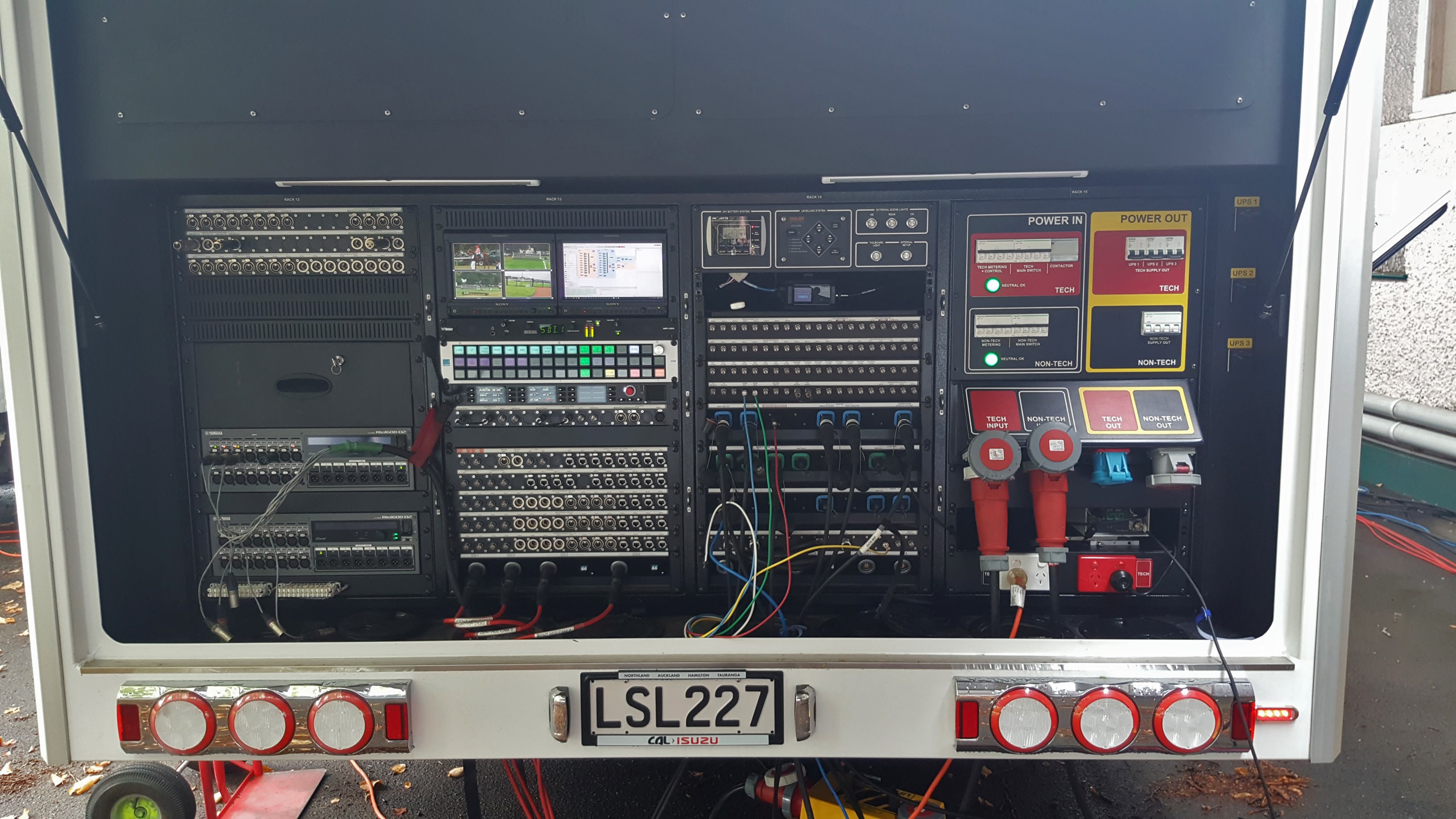